It might seem like a discouraging way to think, but I truly believe that some of the best lessons are learned following a failure or a struggle . Hold on, stay with me here and I promise it’ll make sense.

Failure is relative – what one person views as a failure might be viewed as highly successful to someone else. Coming in second place might be a failure, or it could be a huge success when you consider that you beat a handful of other people. Getting an assignment back with a few small edits on it might be a failure, or it could be seen as positive because the last draft was thoroughly edited. In either case, you can learn from the feedback given. This is the most important thing to remember – learn from all outcomes! 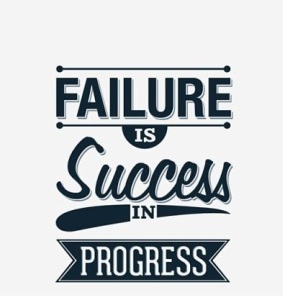 Everyone experiences failure at some point in their lives. Whether it’s on an exam, in competition, or not landing a job you wanted, we’ve all been there. I’ve had three moments that standout in my mind which I consider failures but taught me something important: 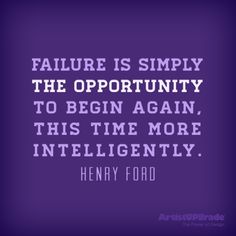 When you’ve reached the end point of your goal, stop and ask yourself these questions:

If the answer is yes to any or all of the above, I’d say the outcome was pretty successful, regardless of what the “official” outcome was.

And don’t forget – even if you win, there’s still progress to make, room to grow, and things to learn. Never stop looking for those improvements.

Now, get out there and try something – anything! What’s the worst that can happen??

I'm passionate about health and fitness. I work as a Health Promotion Specialist, a group fitness instructor, and also a coach for physique competitors / weight loss clients. I grew up as a competitive athlete, and have continued with this passion as a Women's Physique competitor. Research and writing is another interest of mine, which I use to share my knowledge with the general public.
View all posts by Ashleigh →
This entry was posted in Education, Fitness, Health, Lifestyle, Mental Health, Motivation, Personal and tagged education, failure, fitness, lessons, life, lifestyle, love, motivation, personal, psychology, succeed, success, tough love. Bookmark the permalink.