Change is good… right? Often, change is the only way to spark growth or improvement. You can’t do the same thing over and over and expect a different result.

But, change can be hard. It’s difficult to step out of your comfort zone and into something unfamiliar. Self-doubt pushes its way in and you second guess everything. Well, at least I do – I’m terrible with change. Which is why making this change took a couple weeks to commit to – starting a new position at work. 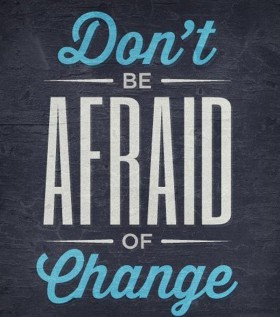 I’m sure some people are going to scoff at this, as it doesn’t seem like a massive change (honestly, I understand that it’s not), but, change is still change. I’m not leaving my workplace, I’m not even getting a new job title. Nor am I making more money, but we won’t dwell on that for long… But I am leaving my current office building and co-workers, the client I’ve been working with for six years, and I’ll no longer be working with Kyle. I won’t be on a privately funded account, I’ll be directly in a public health role – working with government budgets and numerous committees – under a new manager with a new team.

It’ll be a brand new set of responsibilities and “rules” to follow. While I’ve been working in health promotion for almost six years now, this will be so different, it might as well be a new job title. I’m going from working exclusively with adults as a workplace wellness promoter to working on the school health team, targeting kids in transition years (grades 7, 8, 9). 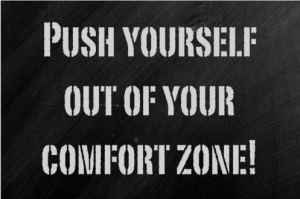 I’m looking forward to learning again, meeting new people, and being exposed to a totally different population. Working in the new building will be a culture change, and I’m definitely going to miss my co-workers – especially Kyle. We’ve worked directly together on the same client account for the last 4 years, sometimes even sitting back to back in the same room, and it’s been amazing. I’m sure some people think we’re crazy (actually most people have directly said so), but working together has been a great experience. This was the hardest part of the decision!

I was having a tough time making the decision, one day I was hopeful it would be offered to me, and the next day I was dead set against the idea of changing jobs. I strongly believe in signs, superstitions, and coincidences, which was something that helped me decide. The morning I had to submit my final decision, it was reinforced by two online posts – one person shared a newspaper story about a physical activity program for grade ten girls which my future position had a role in, and the other post was a profile story of a woman who stepped out of her comfort zone to take on a new challenge which helped her reach new successes. Timing is everything, right? The fact that I saw those posts that morning was something I couldn’t ignore.

I officially start my new position after the holidays. This will bring some new challenges but I’m optimistic that they’ll be for the best. Yes, it would have been easy to stay where I was, where I knew everything about my job and never felt stressed. But, if you’re not growing and learning, what’s the point? Coasting through life can only take you so far before you hit a dead end. Sometimes you just have to take one giant step forward and see what happens.

I'm passionate about health and fitness. I work as a Health Promotion Specialist, a group fitness instructor, and also a coach for physique competitors / weight loss clients. I grew up as a competitive athlete, and have continued with this passion as a Women's Physique competitor. Research and writing is another interest of mine, which I use to share my knowledge with the general public.
View all posts by Ashleigh →
This entry was posted in Education, Health, Lifestyle, Mental Health, Motivation, Personal, Wellness and tagged challenge, change, employment, growth, health promotion, jobs, new year, personal, reality, work. Bookmark the permalink.